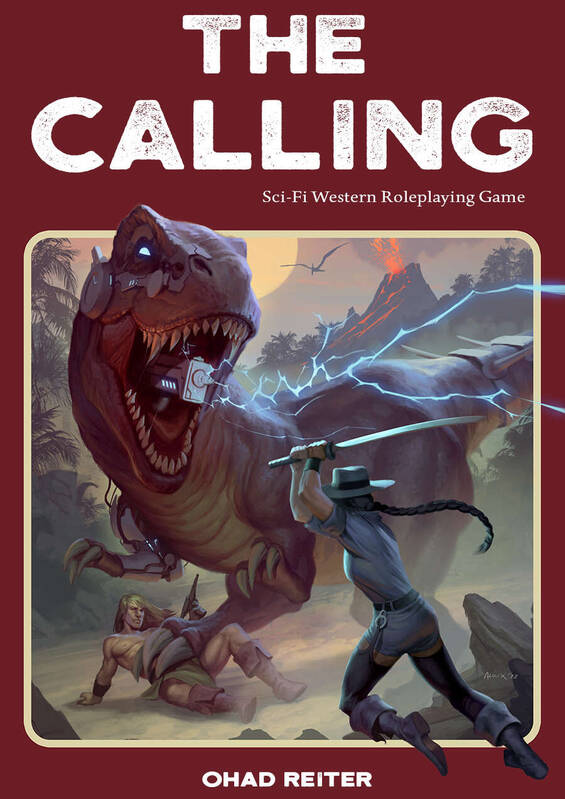 
The Game Master plays a Star God
Experience character progression as a game master. Create a star god and choose their role. Choose new star god aspects as you rank up. Aspects grant you reactive abilities that are triggered by player actions. The star god is the party's silent member, their secret weapon.

"In our journeys through space we met the star gods, and brought them along back to Earth. Then a war of nuclear proportions scorched the planet. The star gods helped us rebuild, teaching us our lost history with the help of the good old movies. And so the Wild East was born."


Redefining Divine Magic
Call upon divine magic by offering prayers. But don't be a suck-up, star gods don't care for suck-ups. Make demands instead of polite requests. Be brazen, pompous or flamboyant as you call on the star god for a miracle. Argue with the star god, question their tenets or mock them. Star gods love to be challenged.

Options for Playing with an Audience
Are you streaming your game to an audience? Consider choosing the Clan of Mischief star god role. Listen to your audience's input when you decide if your star god answers a prayer or uses an aspect. Your audience has no say in your decision. Their role is to peer pressure you to do their will, like the crowd of the ancient Colosseum. And like a Roman Emperor it's up to you to decide: Thumbs up, or thumbs down?

This Core Rulebook Contains
440 pages containing everything you need to play The Calling.
8 Dojos (fighting styles) and 10 Callings (character archetypes) to choose from as you create your character.
5 star god forms and 10 star god domains for the game master to choose from.
Rules for running dramatic scenes - Conflicts don't always have to end in a fight.
Game Master guidelines for planning ongoing plots.
110 creatures to fight or haggle with.
53 miracles to call upon.
19 gorgeous b&w illustrations by Aleix Valldeperas.
A Sci-Fi Western setting inspired by movies such as For a Fistful of Dollars, Yojimbo and Sukiyaki Western Django.
S'identifier pour envoyer des commentaires.