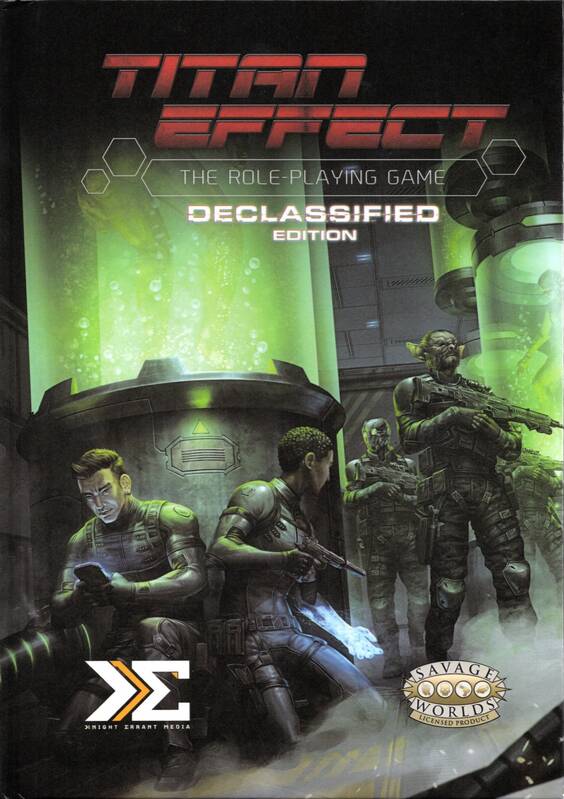 A Tactical Espionage and Science-Fiction RPG Setting for Savage Worlds!

The world is not what it seems. Psychics and bio-augmented humans work as spies and soldiers on behalf of criminal organizations, private military companies, and secret societies in a covert war that has been raging for decades. Some are fighting for control and power, while others seek to shape the future of human evolution.

Titan Effect RPG: Declassified Edition is the latest edition of Titan Effect: The Role-Playing Game, a tactical espionage, and Sci-Fi setting for Savage Worlds. Take on the role of a trained operative gifted with unique abilities. Carry out perilous missions worldwide for the international clandestine organization known as the SPEAR, and fight against dangerous creatures and organizations.

Titan Effect is a genre-bending universe mixing biopunk, spy thriller, and superheroes. Players are plunged into a world brimming with conspiracies, secret organizations, dangerous bioengineered creatures, and psychic phenomena. A world where the boundary between "good" and "evil" is blurred…

Inside this setting book, you will find:

A short introductory comic.
Rules to create psychic and bio-augmented characters.
A complete list of gadgets and modern weapons.
Details about the world of Titan Effect and major enemy factions.
Campaign ideas and mission generator.
40+ NPCs and creatures.
And a lot more!
Do you want to make a difference? Find out now and join the fight!
S'identifier pour envoyer des commentaires.