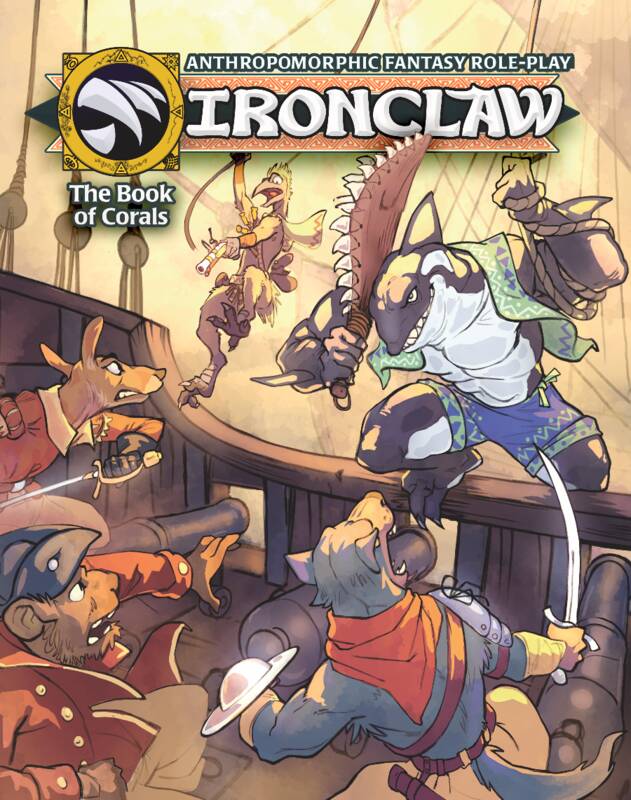 The great nations of Akoma, Calabria, and Zhongguo send their ships far and wide, ever eager for more riches and none too choosy about how they're gained. What began as simple trade agreements between small companies have grown in wealth, power, and influence beyond the expectations of even the greediest lords. But those who reap the spoils are chafing under the rule of kings and of merchant alike, and the sea is wide and grand as any dream...

New species to play, such as clever Dolphins, fast Frilled Lizards, powerful Komodos, gigantic Orcas, colorful Parrots, and quick Thylacines.
New careers, from the humble Pearl-Divers, to the dangerous Demolitionist, and the strange practices of Autochthonous Magicians.
New places to go, from the pirate colony of Varnazath, to the mysterious ruins of Firenze, the dangerous jungles of Kandurak, and the submerged city of Oragardr.
New adventure to experience. Will you throw in with pirates who yearn to be free, but at what cost in blood? What of the native cause against those who would colonize their land? And would you disturb long-forgotten ruins at the risk of unearthing some monstrous horror?

You will also need either the Player’s Book or the Omnibus to play.
S'identifier pour envoyer des commentaires.