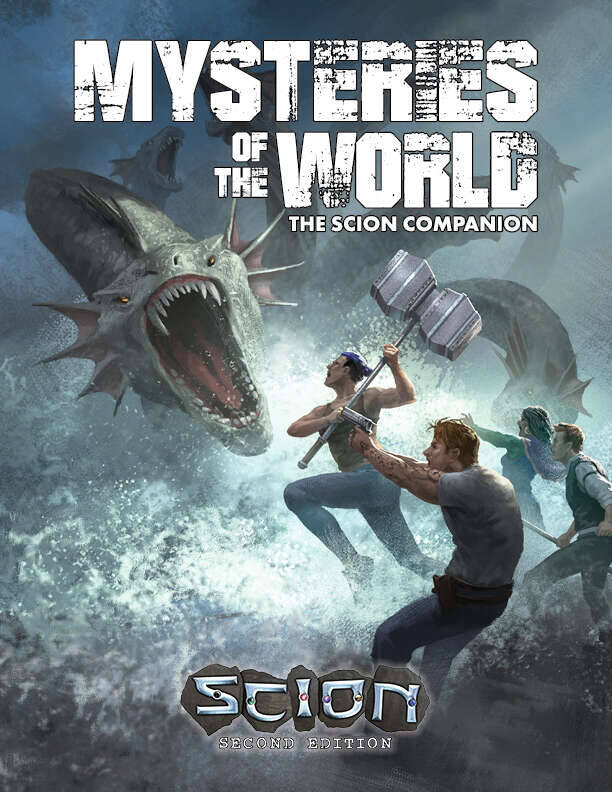 Though knowledge, wisdom, and the ability to see the unseen are many Scions’ birthrights, the World holds infinite secrets. Gaze deep into Tezcatlipoca’s mirror or the eyes of an avian bringer of omens, and no matter how sagacious you imagine yourself to be, you’ll learn something new — or something older than time.

Scion: Mysteries of the World presents optional rules and new pantheons, expands upon setting elements and systems, and gives Storyguides and players both a leg up in not only understanding Scion’s particular brand of the Storypath system, but fine-tuning it to meet their table’s needs. You don’t need this book to play a game of Scion, but if you want to explore the World and its many mysteries in more depth, it’s got you covered.

A system and advice for dialing elements of the game setting up and down to uniquely suit your game;
An expansion of cults, crafting, and relics;
Three new pantheons — the Loa of Haiti, the Nemetondevos of Gaul, and the Yazata of Persia — as well as the optional Atlantean pantheon, as an example that comes with advice and rules for how to create your own custom Purviews and pantheons;
A guide for converting Scion First Edition characters and stories to Second Edition.
S'identifier pour envoyer des commentaires.