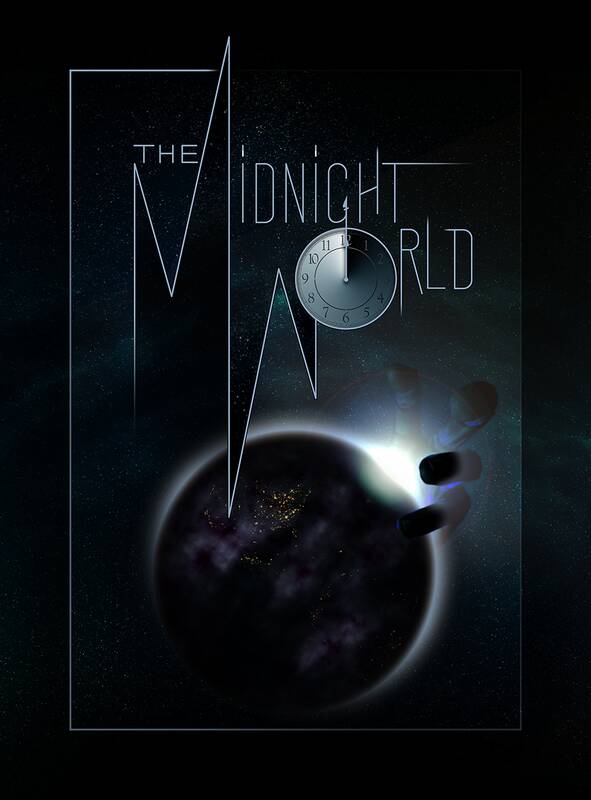 "If you enjoy horror gaming, the cults and dark entities are very much worth the price of admission...all in all, it’s a game very much worth a look, and one worth keeping an eye on.." Andrew Peregrine - Enworld

"...The Midnight World takes some old tropes and stories and makes them fresh and exciting and even a little bit dangerous. The core book is very cool, very well made and written, and lays the groundwork for what could become in-depth and complex stories..." Matt Davis, Grimdark Magazine

The colossal horror of the Dread Beings has existed since the beginning, since the inconceivably hot flash that birthed the entire Multiverse. Most universes are protected by the Twilight Veil, a fine net of quantum particles that enforces the division between realities. But here, the Veil wears thin, and the things Beyond turn their titanic gaze upon us. This is The Midnight World.

A deer skeleton that has been reanimated with thick vines. Branches sprout from its massive antlers. A dull yellow ember burns in its empty eye socket
The Midnight World is a new take on horror Roleplaying, one in which a character's mental health is as important to their survival as physical health. Developed by two combat veterans, The Midnight World seeks to approximate feelings of anxiety, depression, and PTSD in a way that is respectful to sufferers and safe for players to explore.


COSMIC HORROR IN AN INFINITE MULTIVERSE
The Midnight World is only one of an endless number of Earths. While most others are separated by a metaphysical shield known as The Twilight Veil, this iteration of the universe is vulnerable to incursions by the titanic Dread Beings that lay just beyond the borders of observable reality.


PLAY AS ONE OF THE TOUCHED
Once, many years ago, your character experienced some brief but horribly traumatic interaction with the things across the Veil. This moment has shaped everything your character has done since. Some of the Touched train themselves to fight. Others become experts in the art of manipulation. Still others amass huge repositories of occult knowledge. No matter how they’ve trained, though, they’ve all done so in anticipation that they will encounter the things from Beyond again.


LIVING IN THE SHADOW OF A MEMORY
None of the Touched will ever escape the memory of their initial encounter. It shapes them day by day, no matter how much they have tried to put it behind them. In The Midnight World, your character’s sheet is generated alongside their terrible memory during character creation. With a few quick rolls of the dice, you are able to create a fully realized character, including stats, powers, and a supernaturally traumatic memory that will inform their decisions in play.


EXPERIENCE AN INTRICATELY DESIGNED PROPRIETARY SYSTEM
The Midnight World uses the Pendulum Gaming System, a lovingly crafted set of mechanics meant to evoke the feeling of oppressively mounting dread. At its center sits The Midnight Clock, a device that represents your character’s growing power...and their proximity to inevitable ruin. Some players will race towards Midnight, chasing magnificent power at the expense of their own wellbeing. Others will carefully manage their progression, hoping to forestall their inescapable march towards doom.


ACCESSIBILITY AND SENSITIVITY
The creators of The Midnight World are, themselves, sufferers of C-PTSD, anxiety, and depression. As such, the treatment of mental health struggles are both centered in the game, and treated with as much sensitivity as possible. The game explores each character’s reaction to trauma in a way that is both realistic and respectful to real-life sufferers.

This 222 page Core Rulebook contains everything you need to create characters with detailed traumatic memories and portray them as they tiptoe ever closer to Midnight. It also contains comprehensive storytelling tools that allow a Director to easily create entire worlds, complete with quickly generated antagonists, monsters, and other horrors too terrible to name.

*This product contains some assets that were procedurally generated with the aid of creative software(s) powered by machine learning. Specifically, some filler art was created using Midjourney AI.
S'identifier pour envoyer des commentaires.