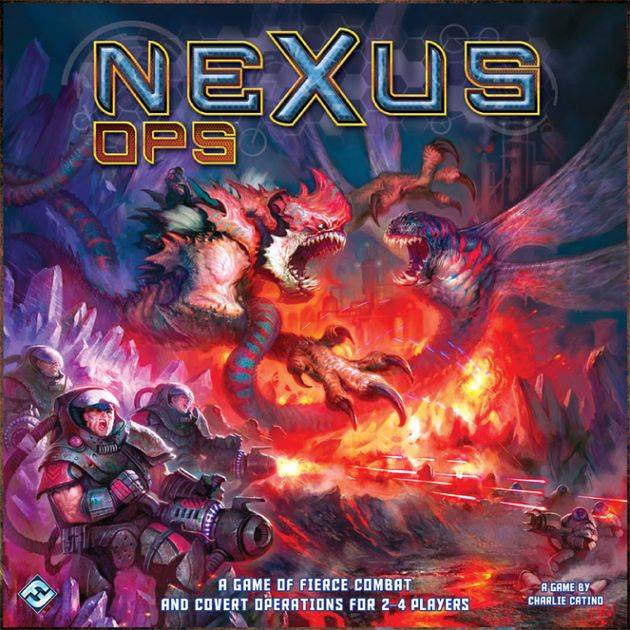 It is the year 2315, and greedy corporations search the stars for profit. When a wayward crew of space explorers stumble upon a remote alien moon, they discover rubium, a rare and valuable energy source. Seeking to amass what riches they can, the explorers sell the moon’s location to immoral and competitive galactic corporations. These massive companies soon dispatch strike forces to seize control of the moon and its resources, only to find that the moon is home to fantastically powerful alien creatures. Now, the competing corporate forces have wasted no time conscripting the indigenous life forms to gather resources and fight for them…

Nexus Ops is a board game of fierce sci-fi battles and fantastic alien creatures in which two to four players control factions of corporate troops and strange life forms on an alien moon. Players deploy troops from their home base to explore the landscape, mine resources, purchase troops, win battles, and fulfill missions, all in an attempt to gather enough power to claim the moon for themselves!