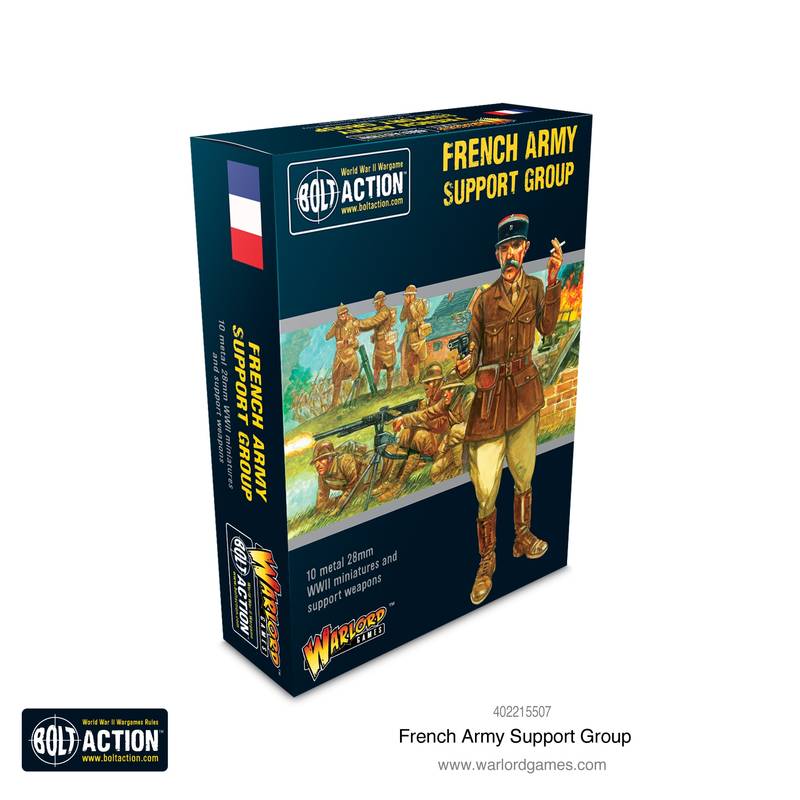 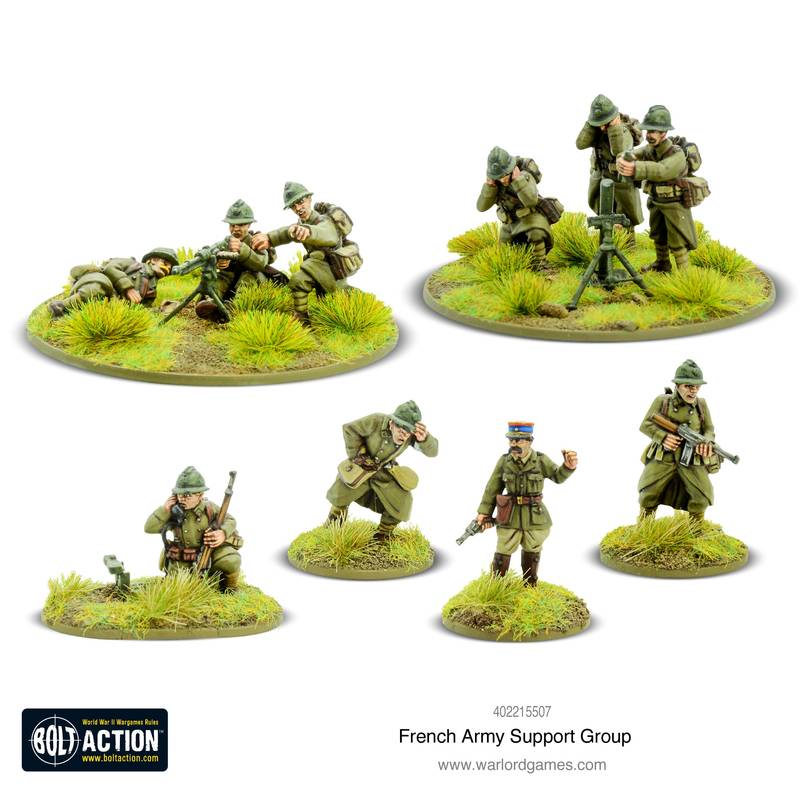 This product is supplied unassembled and unpainted. Glue and paints not included.

The French army started World War II as the most powerful army in the world. Well-equipped, with excellent tanks and artillery, the infantry divisions were numerous and confident of fighting off the hated Boche as they had twenty two years before. This was not the same war though, and the French infantrymen found themselves all too often fighting off German armoured units which had outmanoeuvred them as the Blitzkrieg rolled across Europe.

This pack is a great way to supplement your Bolt Action French Army, with dependable HQ choices as well as an 81mm Mortar and an aged yet dependable MMG in teh form of a Hotchkiss MMG.