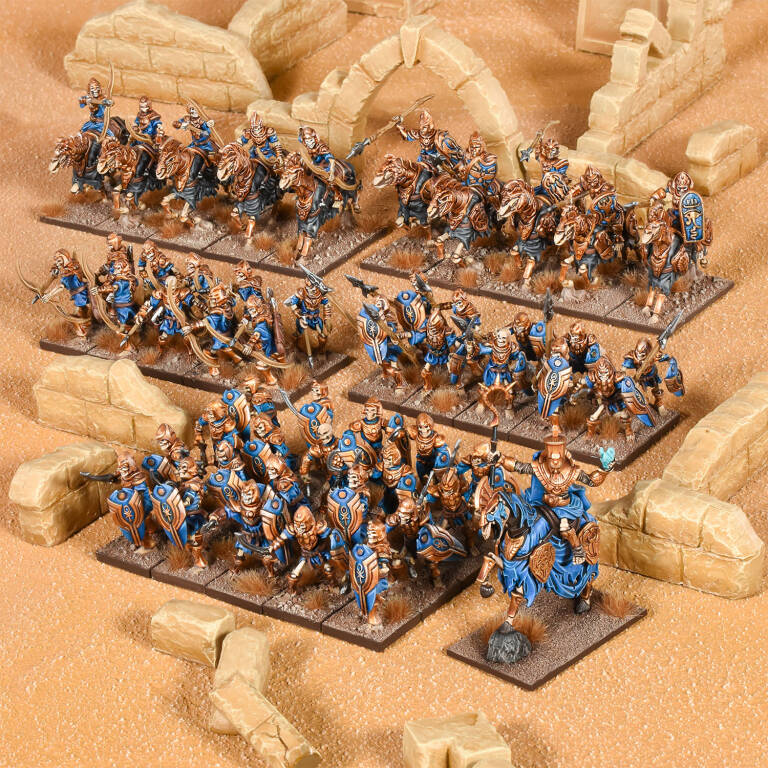 The legions of dust are equipped in death much as they were in life. Infantry regiments carry tall shields and fight with either spears or a variety of ancient hand weapons. Ranged troops are generally equipped with bows and some of the most skilled archers fire from horseback, harassing the enemy with bow fire and driving them into the shield walls of infantry. The high priests of the Ahmunites know neither bound nor taboo. In their effort to create the armies of the dead, they even raid ancient tombs of nobility, using their foul magic on the embalmed corpses of past royalty.
S'identifier pour envoyer des commentaires.