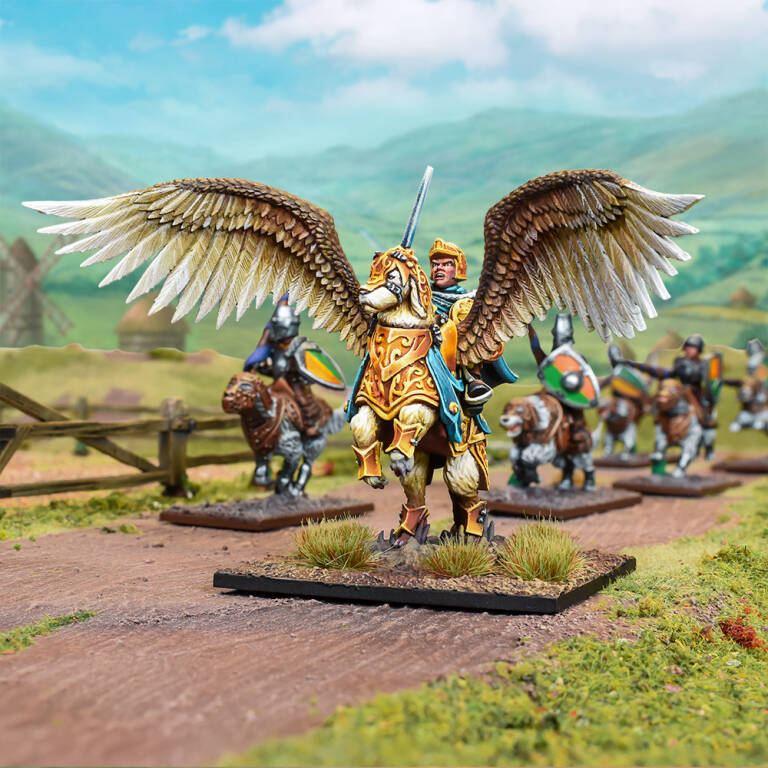 Like all armies, the halflings have some commanders, champions and individuals that play unique and crucial roles in keeping the army organised, outwitting the enemy, or just throwing in a lethal surprise.

Sergeants, Constables, Muster Captains and Generals form the main command structures when the halflings march to war. While the goal of halfling leaders is to defend and protect, avoiding conflict where possible, it is the duty of these same leaders to bring the full force of halfling savagery to the enemy if pushed too far. Once the army engages, keeping the halfling battle lines under control in the face of their anger and desire for relentless revenge can be a daunting and sometimes hopeless task.
S'identifier pour envoyer des commentaires.