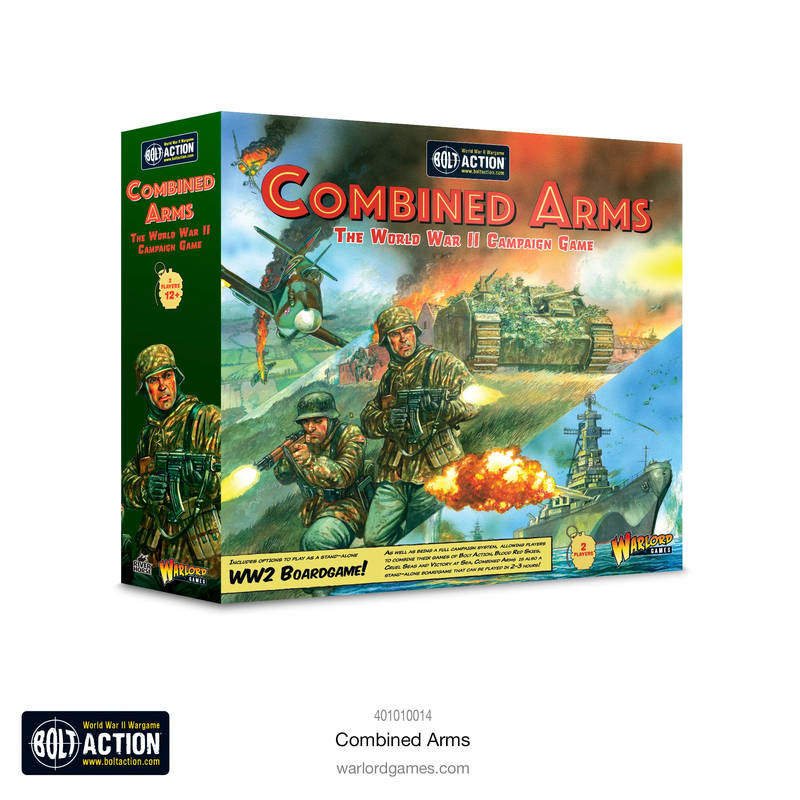 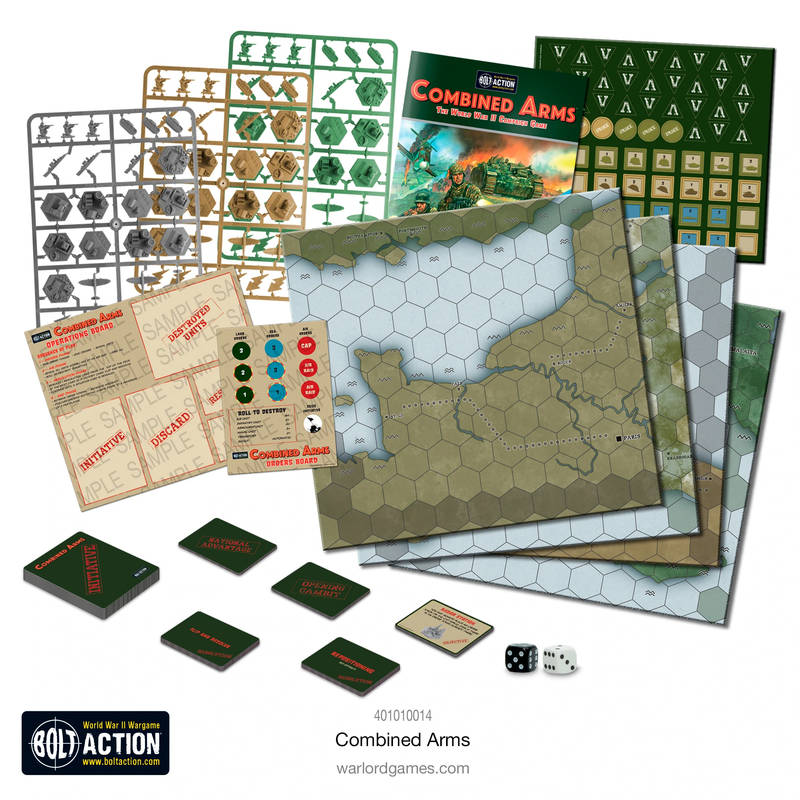 Bolt Action - Combined Arms is a strategic board game that commands the players to face off, seize the initiative and outwit their foe amidst the fog of war. Each game will see you fighting for control of air, land, and sea in order to claim objectives and hold them against the enemy.

Choose your theatre of war, from the western and eastern fronts to North Africa and the Pacific. Each theatre has its own challenges and opportunities, some rewarding control over the sea, some rewarding control over the skies. How many of your precious resources will you sink into each, and how much will be left to control the land? Will you rely on stealth as you move units secretly, springing up where you are least suspected, or will you attempt to overwhelm your enemy with brutal overkill?

Combined Arms can be played as a stand-alone game or players can incorporate Bolt Action, Blood Red Skies, Cruel Seas, or Victory at Sea for an epic continent-spanning campaign. Unique cards link your campaign with your chosen wargames, meaning your choices in the campaign could mean victory or defeat on the tabletop.