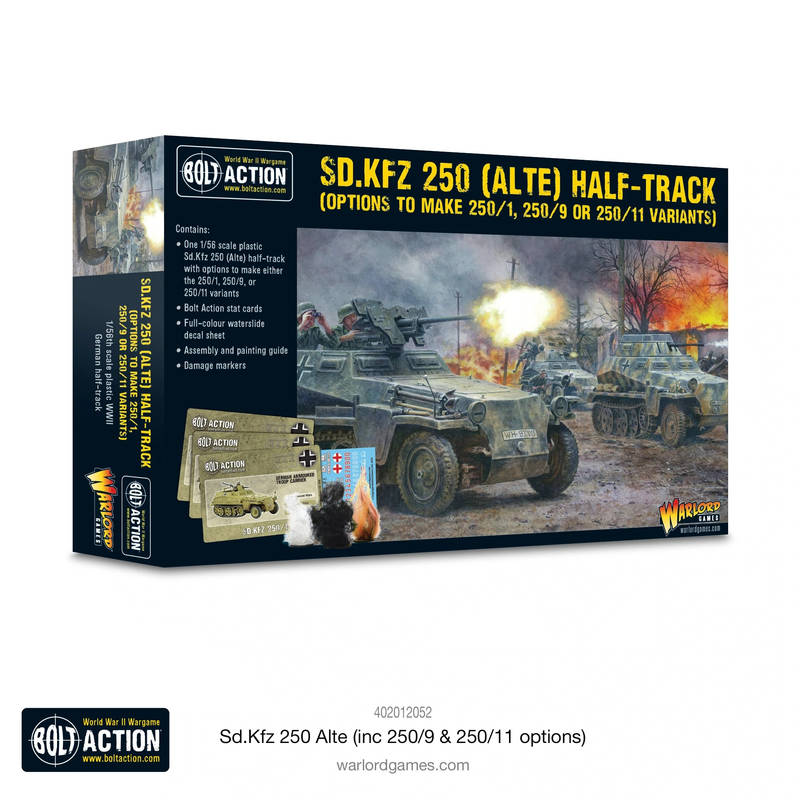 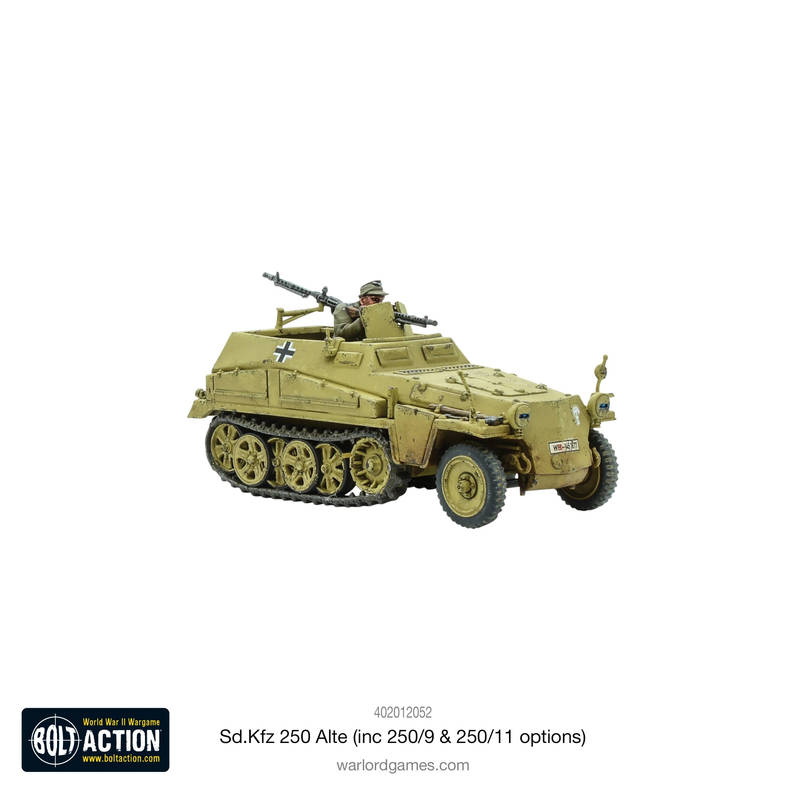 The Sd.Kfz 250/1 was a reconnaissance and transport half-track mainly used by scout and HQ units. The vehicle was a shortened version of the ubiquitous Sd.Kfz 251 Hanomag series and much like its longer cousin there were many variants fulfilling different roles, such as cable carriers, ammunition carriers and radio carriers, amongst others. It carried six men including the driver and the co-driver and was armed with two pintle-mounted MG34 machine guns, one shielded forward facing and the other covering the rear and air.

This model is based on the original 'Alt' (old) version which served through World War II with the forces of Germany in all theatres as well as with their Romanian allies.

There are enough parts to build one of the following versions: