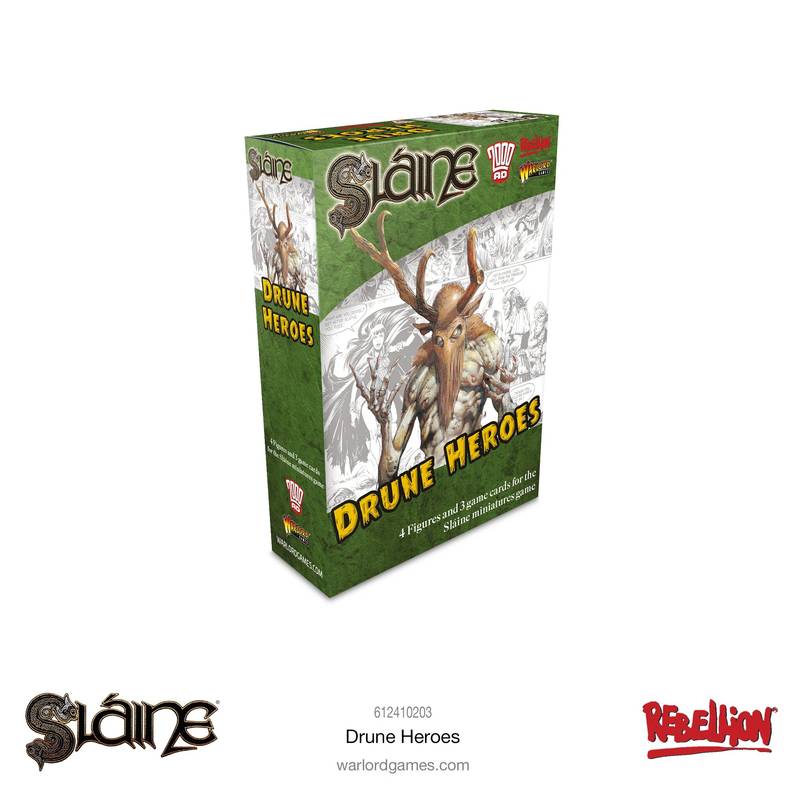 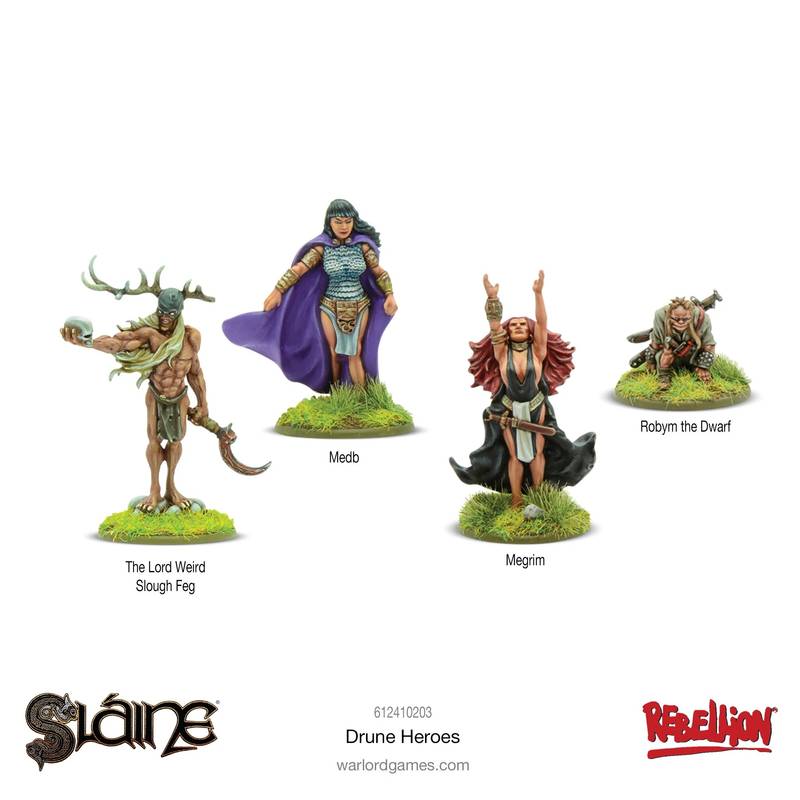 Supreme leader of the Drune Lords, the Lord Weird Slough Feg, a now insane twenty-thousand year old former Horned God laid waste to swathes of Tir Nan Og in the name of his foul master Crom Cruach. Leading his armies of Skull Swords and his wicked priestesses against the tribes of the Earth Goddess, Danu. One such priestess was Medb, a young girl taken from her village as sacrifice but showed great promise to Slough Feg, becoming a Druness instead of perishing in a wicker man conflagration.

Following several clashes with her nemesis, Sláine, she returned under the guise of Megrim, casting a glamour over the King of the Sessair tribe and bending him to her will. Aided by her dwarf assistant, Robym, she caused untold trouble for the Earth Tribes.