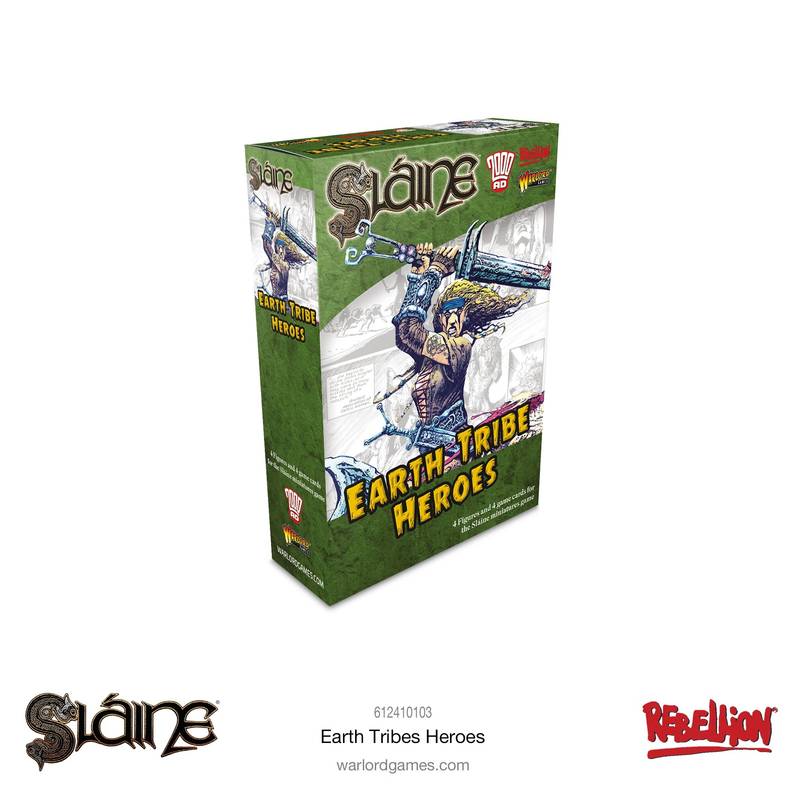 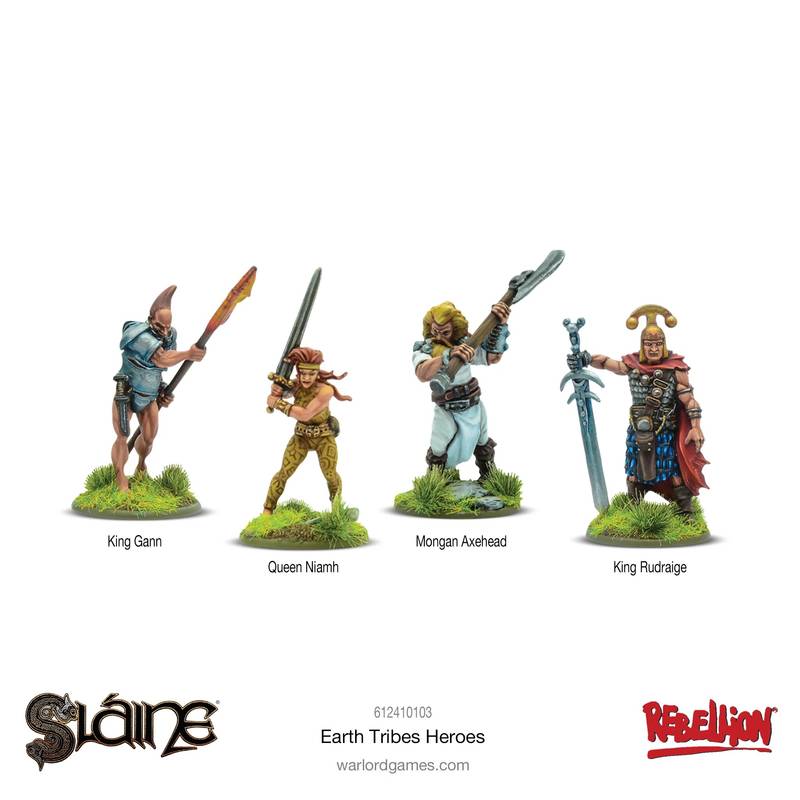 Amongst the Celtic Earth Tribes are mighty warriors who inspired their tribes to glory against the Fomorians and the Drune Lords. Sláine's former wife, Niamh, whom he was exiled from the Sessair for having a dalliance with, was an accomplished warrior and inventor. Mongan Axehead was Sláine's foster father, taking the place of the exiled Roth Bellyshaker.

The Tribe of Growling Shields was led by King Rudraige who had taken Niamh as his wife. Rudraige wielded one of the great treasures of the tribes – the Silver Sword of the Moon, whose terrible wounds could not be healed. Wielded by King Gann of Finias, the Flaming Spear of the Sun was a bloodthirsty treasure that returned, shrieking, to the hand of the thrower by command after passing through its target.