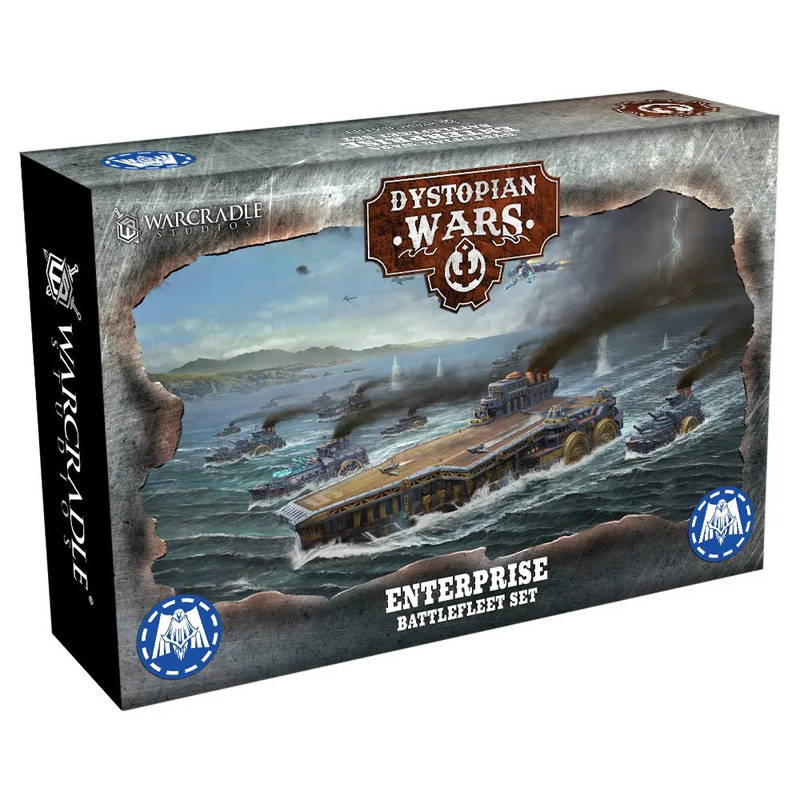 As the Union pushed out into the Pacific and Atlantic, it required significant air power to support fleet operations. The Enterprise class is a formidable warship and the largest vessel in the Union naval register. Once dubbed the Great Experiment, the success of these vessels is beyond doubt. Powered by three massive Paddlewheels, this mighty vessel retains some of the manoeuvrability of the smaller Union ships while still being able to keep the ship moving at an impressive speed for its size. The recent addition of launch cables allow for more rapid deployment of Corsairs, of which it carries ten squadrons. The Enterprise class Heavy Carriers also serve as mobile headquarters for Admirals and other high ranking military and civil individuals of note when the fleet operates far from home waters.

Alongside the frontline ships of the Union Navy, the Enterprise is rarely seen without a small flotilla of support vessels. The Washington Missile Cruiser serves to increase the long-range firepower of the battlefleet as well as providing additional cover against enemy aircraft. Armed with Kettering pattern cruise missiles, the crew of Washington class vessels often make use of observation rotors and spotters in fighter squadrons to ensure the deadly payload strikes true.

The Roanoke Strike Carriers provide increased air support to the already prodigious number of Squadrons carried by the Enterprise. These Cruisers employ powerful electromagnetic catapults to rapidly launch their Corsair strike fighters into the fray, the Roanoke carrier is a valuable vessel in the Union fleet. The class was named after the Union naval base on Roanoke Island, destroyed in 1862 during the Ore War.

A rarer sight are the new Discovery Class Arc Cruisers. Given sufficient development from The Pipeworks to be given general deployment in the Union Fleet, the Discovery class are replete with Edwina Houston and Nikolai Tesla's Arc technologies. These deadly state of the art weapons can flash burn through the hulls of the mightiest enemy battleships in a burst of incandescence.

Finally, with a reputation for working miracles, the crews of Montgomery support ships are always a welcome addition to any battlefleet. Scores of repair teams use a combination of flight gear and escort craft to effect repairs and rescue to friendly vessels in need. These ships are also able to provide field repairs to the RC-52 Patriot Automata. These towering simulacra are designed by the brilliant theoretical engineers at The Pipeworks, and is the largest automata in the Union's military. Just like smaller automata, over time their adaptive computations develop quirks that give veteran Automata distinctive personalities.