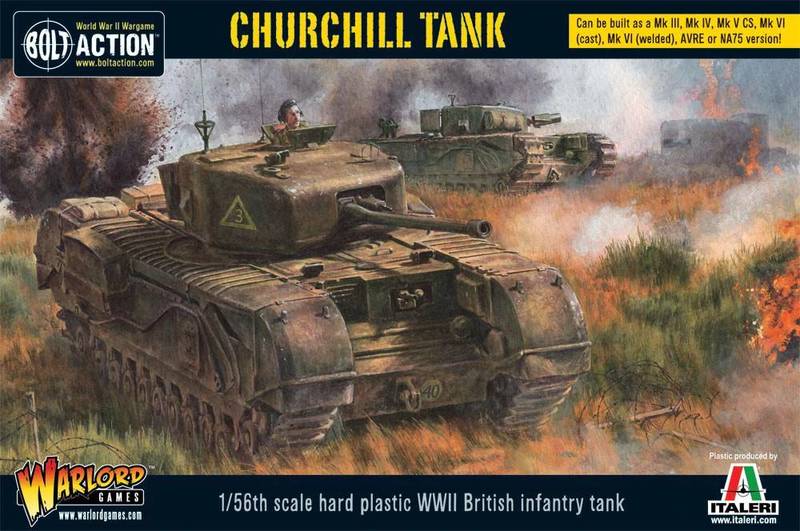 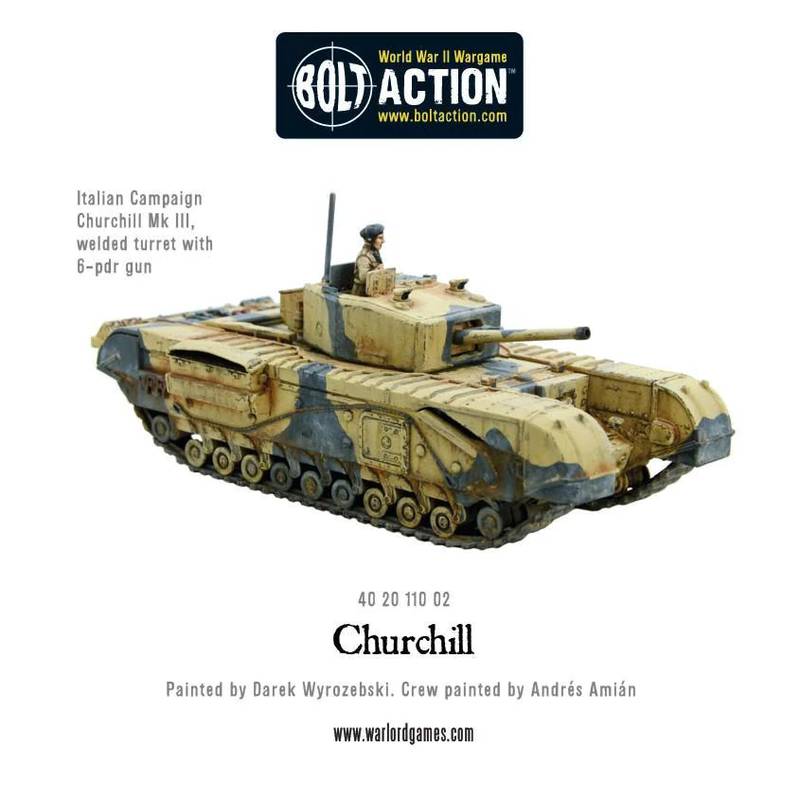 Scale: 28mm - 1/56th
1 Vehicle
Plastic
Made to Order
While we hold as much stock as possible, on occasion this product may need to be cast especially for you by our expert staff. If your order includes this item, it may take a few more days before we ship it.

Requires Assembly
This product is supplied unassembled and unpainted. Glue and paints not included.

The Churchill, undoubtedly one of the most successful and famous British tanks of the Second World War, is arriving to bolster your army very soon and here is your chance to grab 3 of the beasts early so you can represent no less than 7 variants on your battlefield and keep the enemy guessing!

The British Army adopted a doctrine centered around the use of light, fast 'Cruiser Tanks' coupled with slow, better armed and armoured 'Infantry Tanks', that would be used to smash the enemy defences with infantry support... and the Churchill was a prime example of the latter - one of the heaviest Allied tanks of the war, it featured thicker frontal armour than that even of the Tiger!

Although it suffered from being under-armed, a defect common to most British armoured vehicles of the period, it was nevertheless loved by its crews: its cross-country ability was unrivalled and it was less inclined to ‘brew-up’ from a direct hit than the Sherman.

It will be no surprise to you to know that it was named after the Prime Minister, Winston Churchill, but you may not know that he had also been involved with the development of the tank as a weapon during the First World War.

Taking the form very reminiscent of earlier WWI tanks, the Vauxhall motors built Churchill was the basis for a slew of variants from the MkI with a 2pdr gun to the MkVII 75mm guns. Other versions would see more specialist engineering equipment added including the likes of bridging equipment and minesweeping devices - and a favoured 'close support' option of the 95mm howitzer!

In this new plastic kit from Warlord and Italari you'll get 7 turret variations (yes - we said SEVEN!) allowing you to build the following marks: