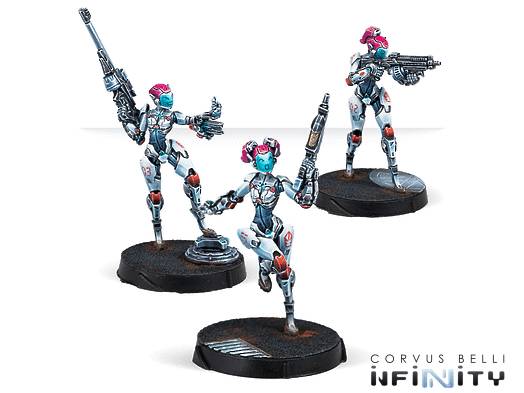 3 figurines en métal à monter et à peindre.
--------------------------------------
The Karakuri are autonomous robotic military units. Due to their special characteristics they are considered multi-purpose assault troops, also capable of carrying out actions aimed at suppressing revolts and mutinies in the independent Japanese territories. As shock troops their mission is to carry out attacks in the most dangerous areas of the battlefront, moving imperturbably between the crossfire, ignoring any damage, and instilling terror in the enemy with their unstoppable advance.

If you need a fearsome assault force for your JSA Sectorial Army Pack, Karakuris are the best option.