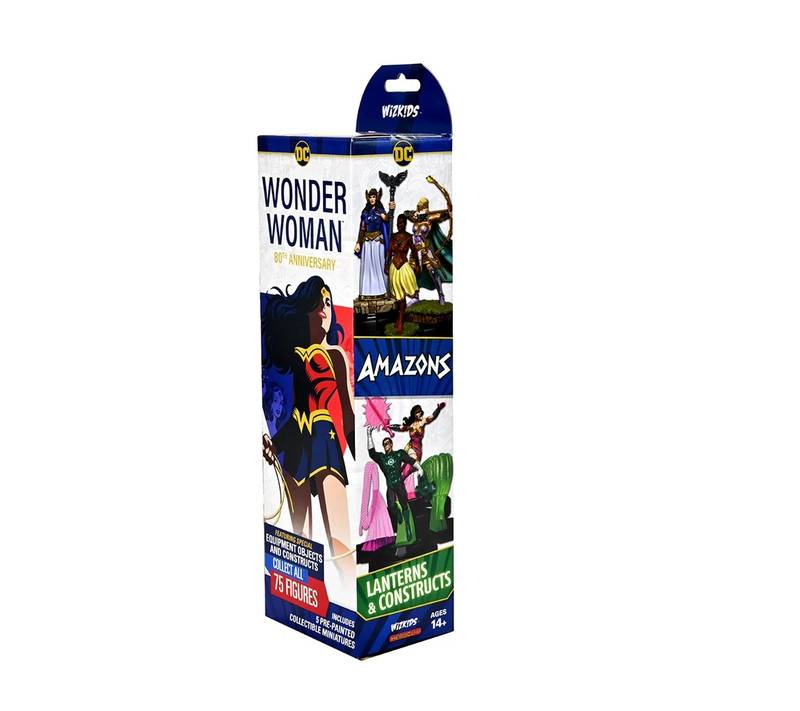 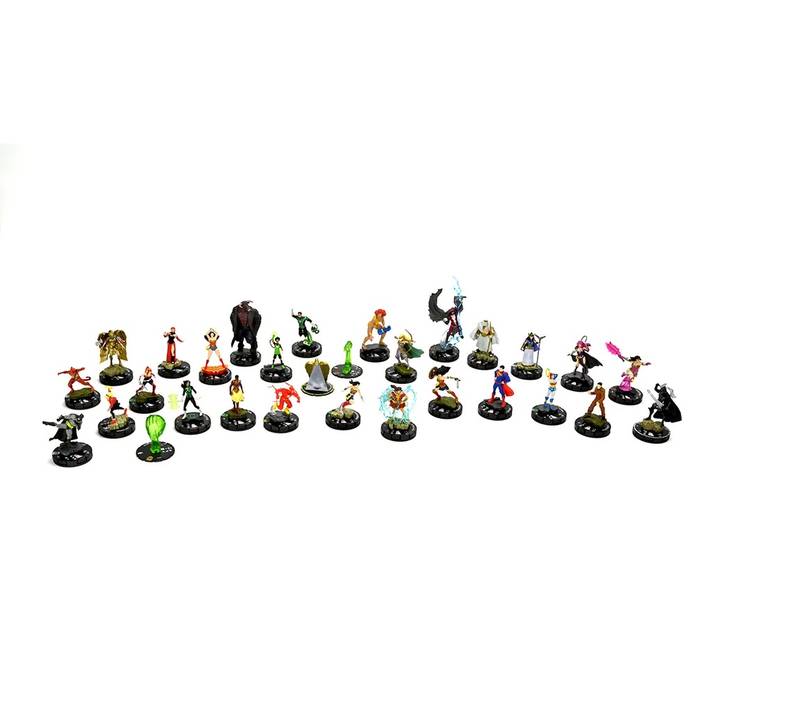 These figures have IMPROVED DETAIL AND PAINT JOBS! Figures at all rarities have an upgraded look with better sculpts, more accessories, cooler energy effects, and more dynamic poses! Circe and King Shazam have never looked better! These incredible sculpts can’t be missed!

Every booster comes with 5 pre-painted figures and select boosters will come with a bonus equipment-objects like Wonder Woman’s Bracelets, the Lasso of Truth or Lantern Constructs to use on your HeroClix team!

With more than 80 figures and equipment to collect including 12 Chase figures, this is one of the most exciting HeroClix sets to collect ever!

Wonder Woman 80th Anniversary is a great set for beginners since lots of Common and Uncommon figures have straightforward play that you’ll be able to bolster with other figures for more powerful play!
S'identifier pour envoyer des commentaires.