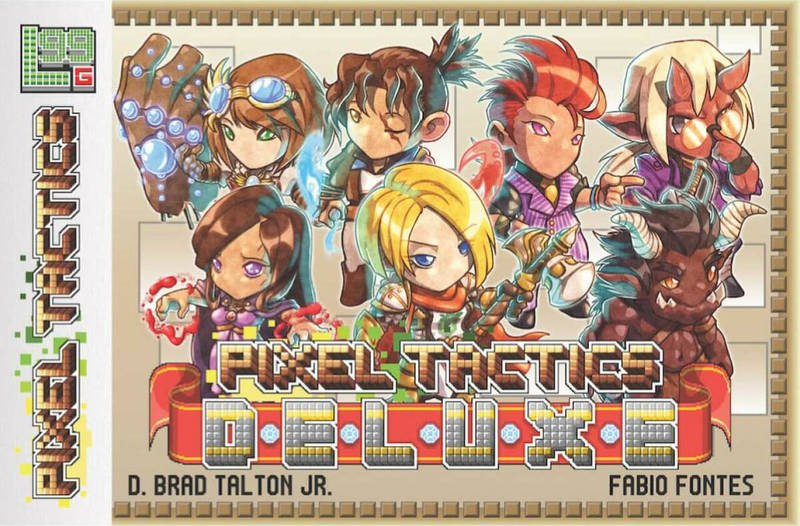 Pixel Tactics is an SRPG card game inspired by games like Fire Emblem, Final Fantasy Tactics, Wargroove, Advance Wars, and Disgaea! The game provides a hearty helping of strategy and variety, and there's a ton in every box.

Pixel Tactics is simple to learn but complex in depth. Choose your leader, and recruit heroes to construct a unit around them. Use your heroes, your orders, and your leader powers to pummel your opponent’s unit and take out their leader. Once you can take out the opposing leader, you win!

Pixel Tactics Deluxe is a complete game, and includes everything 2 players need to play!

You can play Pixel Tactics alone, or combine multiple games for an even more in-depth strategic experience. Mix with Pixel Tactics 1, 2, 3, 4, or 5 to construct decks, and enable draft cubes, league play, and multiplayer.