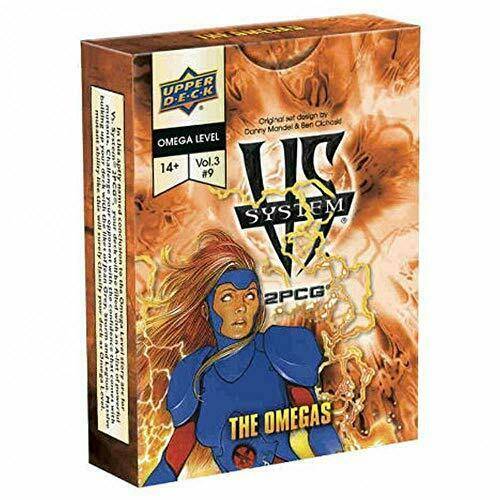 Vs System - The Omegas

Vs System - The Omegas

The final installment to the Omega Level story arc, simply called the Omegas appropriately includes some of the mightiest mutants, like Jean Grey, Legion and Storm whose Omega-Level powers are among the most dominant in VS System® 2PCG®. The level of advantage this issue brings to your deck can only be classified as, Omega.

- Each Issue comes with 55 playable cards across new or existing team factions!
- The most powerful Hero and Villain mutants across the X-Men universe!
- Introduces two new teams; the evil Sentinels and the powerful Omegas!
- Expand on the X-Men and Brotherhood of Mutant teams!
- Approximately 3 new Main Characters and 10 new Supporting Characters per Issue!
- Customize your new team or enhance your existing decks!
- Epic competitive gameplay to pit your team of Allies against your opponents!