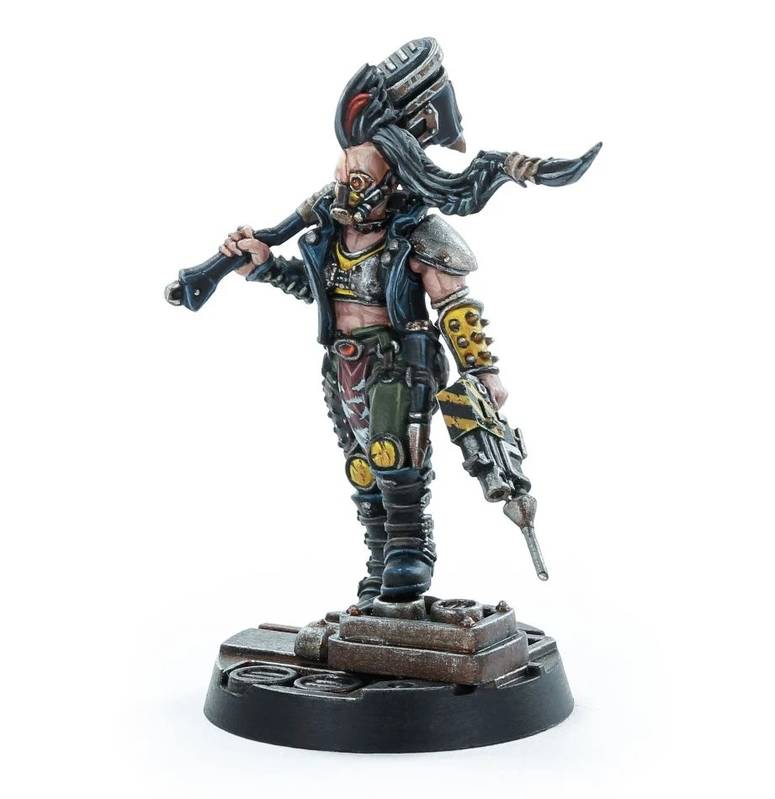 Gang Matriarchs are drawn from the craziest, wildest, and most homicidal of the Gang Queen's girls, each one a natural killer. Favouring even more outlandish dress than most Escher, and carrying the deadliest weapons they can lay their hands on, a Matriarch is both gang enforcer, underhive assassin, and debutant of death all rolled into one.

Support your Gang Queen with an extra Matriarch. Armed with the finest weapons that the clan can supply, they single-handedly take on almost any other fighter in the underhive. Her combi-pistol can fire explosive bolts and toxic needles, making her a threat at range, while her power hammer gives her the edge in close combat.

This highly detailed resin kit comes in six parts and makes one Escher Gang Matriarch armed with a combi-needle pistol and power hammer. It is supplied with a 25mm Necromunda base.