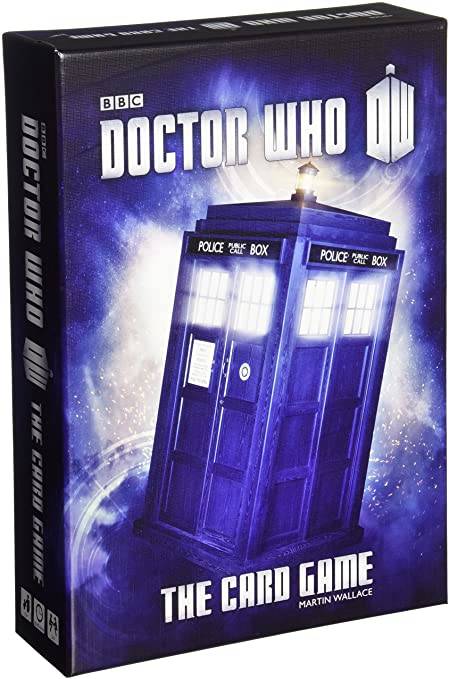 Indisponible
Daleks! Cybermen! Sontarans! The list of threats is endless and no place in the universe is ever truly safe from danger. But there’s one man who’s made it his mission to defend the defenceless, help the helpless, and save everyone he can. The Doctor!

Defend the universe with the Doctor and his companions!
Exterminate your opponents with Daleks, Cybermen and other enemies!
Control locations through time and space to win!
Use Jammy Dodgers, Sonic Screwdrivers and other clever plans to save the day!
Doctor Who: The Card Game, by internationally renowned designer Martin Wallace, has been designed for both seasoned time-travelling gamers and newly regenerated players. The first editon won the 2013 Origins Award for best card game, and the second edition uses the same great rules.
The game contains everything you need to play: a set of English rules, 132 cards, a set of counters and a player aid card.

The second Edition of the game is fully compatible with the First Edition, and decks can be shuffled together, and cards of your choice swapped in or out.
S'identifier pour envoyer des commentaires.