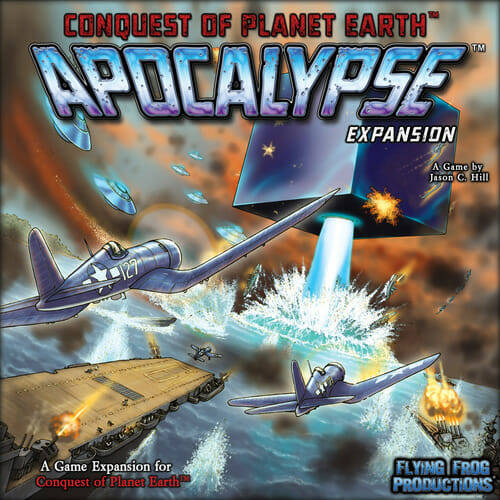 Conquest of Planet Earth: Apocalypse, an expansion for ''Conquest of Planet Earth: The Space Alien Game'', includes new alien races (one of them being the Martian Confederation from FFP's ''Invasion from Outer Space''), new allies to help those invaders, and new cards for all other decks in the base game. The expansion includes a new "Coastal Resistance Deck" that boosts Earth's defense forces with naval ships, submarines, and jet fighters.