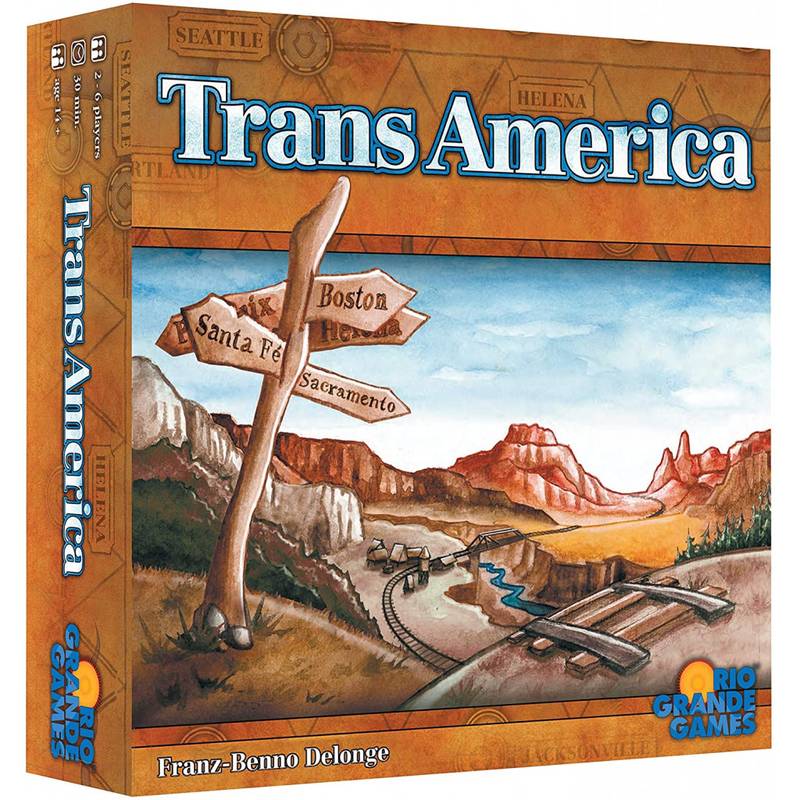 Designer: Franz-Benno Delonge
Trans America is a simple railroad game for 2-6 players that plays in less than 30 minutes.

Each player has a set of five cities strung across the U.S. that need to be connected by rail. Players place either one or two rails each turn. The game ends when the first player completes a connected route between their five cities. The player who can make the best use of the other players’ networks is generally victorious.

We are currently out of stock of Trans America but it will be back in stock in early 2022.
S'identifier pour envoyer des commentaires.